in Medina County
​
Aerial view of the NEXUS Pipeline (Wadsworth) Compressor Station (located at 8707 Guilford Road) at the bottom of this page.
- This compressor station houses 29,517 horsepower turbine compressor pumps.
- It will routinely leak, intentionally and unintentionally, VOCs, fine particulates and radon gas.  Radon gas is odorless and tasteless
radioactive gas produced by the radioactive decay o Radium 226 and found in shales.
- Radon is the 2nd larges cause of lung cancer in the US behind smoking.
- Blowdowns will occur ever 32 hours at this compressor station.

The Harms of Fracking: New Report Details Increased Risks of Asthma, Birth Defects and Cancer
Posted on March 15, 2018
How fracking is contaminating the air and water - imperiling the health of millions of Americans

Risks to Children at Day Care Centers and Schools Near Shale Gas Development (includes compressor stations)
Posted on February 18, 2018
Toxic/dangerous emissions are released into the air at every stage of shale gas development or fracking and this includes the NEXUS pipeline and compressor station.

Air Pollution May Contribute to Dementia
Posted on January 14, 2018
Study suggests air pollution may accelerate brain aging and contribute to dementia and women may be at a greater risk.

They have stolen our lives!
Posted on October 12, 2017
Crum compressor station

The Senate FERCed Us
Posted on August 7, 2017
Citizens met with elected officials asking for the FERC abuses to be looked into before the FERC appointments were made, but it appears the concerns of corporations were more important.

Pipeline Payday: How Builders Win Big, Whether More Gas Is Needed or Not
Posted on August 4, 2017
Financial interests of gas and electric companies - not market demand - are driving most of the new pipelines proposed for the regions and those profits are approved by FERC.

What’s a “blast zone”?
Posted on August 2, 2017
BLAST ZONE:  The area from which a leaking natural gas pipeline will kill instantly after ignition.  Agents and builders are not required to report this to prospective buyers.

Elections board doesn’t certify county charter petitions
Posted on July 16, 2017
The Medina County Board of Elections did not certify petitions with 6,494 signatures of registered voters supporting  the placement of a county charter on the Nov. 7th ballot.  John Welker voted for it and Pamela Miller, Sharon Ray and Jim Cray voted to keep it off the ballot.

NEXUS foes try charter again
Posted on July 1, 2017
Members of Sustainable Medina County delivered petitions containing 6,494 signatures to the Medina County Board of Elections in support of putting a County Charter initiative on the November ballot.

Guilford considers NEXUS grant
Posted on May 20, 2017
Township trustees are looking into applying for a grant provided by NEXUS Gas Transmission  - Medina-Gazette 5/18/17....

Wasting Away: Four States’ Failure to Manage Oil and Gas Waste in the Marcellus and Utica Shale – click on picture for full article - Not Found
Posted on May 5, 2017
EPA decided to exempt oil and gas development waste from the definition of  "hazardous" .

Permitted to Pollute – Full Report
Posted on May 5, 2017
How oil and gas operators and regulators exploit clean air protections and put the public at risk.

Groups to share information on environmental hazards – “Communities Rising Tour”
Posted on April 5, 2017
Communities from Ohio and Pennsylvania joining together (April 7th-11th) to protect themselves.

Mysterious leak near Porterville Compressor Station, NY
Posted on March 31, 2017
Gas Leak at or near Elma Compressor Station - residents alarmed by smell of gas and told to evacuate NEXUS will not be odorizing the gas (except for the last 20 miles of the pipeline).   Residents in communities along the NEXUS pipeline route and in the blast zone and near the compressor stations will not be able to smell a gas leak.  The Ohio EPA will not be monitoring the NEXUS pipeline/compressor station.  Question:  Do the Medina County Fire Departments have appropriate air quality detect...

Expert Report from Dr. Marvin Resnikoff on Radon and the NEXUS Pipeline and Compressor Station
Posted on March 27, 2017
Potential radioactive emissions from the NEXUS pipeline and in particular at the Wadsworth (8707 Guilford Road) and Waterville, Ohio compressor stations

“Material Failure” Caused Pipeline Explosion Near Cuero, Texas
Posted on March 13, 2017
The Texas Railroad Commission (RRC) says the explosion of a 42" natural gas pipeline was caused by "material failure" on the part of the pipeline.

A Last Resort that Might Work: Small Town Votes In COMMUNITY BILL OF RIGHTS to Ban Fracking
Posted on December 10, 2016
Opposing a pipeline, residents in Waterville, Ohio, passed a new law to protect their right to clean air, water and soil.

As deadline looms, who are the FERC Commissioners deciding NEXUS?
Posted on December 1, 2016
The FERC Final Environmental Impact Statement (FEIS) is recommended, but FERC has not yet granted the permit for building the NEXUS pipeline.

Compressor Stations Open Up New Front In Fracking Debate
Posted on August 9, 2016
People who live near compressor stations say the pollution is making them sick.

World Health Organization – 7 million premature deaths annually linked to air pollution
Posted on April 7, 2016
W.H.O.  reports that in 2012 - one in eight of total global deaths occurred as a result of air pollution exposure.

Pipeline Compressor Station in Southern Medina County Comes Under Attack from Nexus Opponents
Posted on February 17, 2016
To read Ohio.com coverage of the meeting last night please click on the link below. http://www.ohio.com/news/local/pipeline-compressor-station-in-southern-medina-county-comes-under-attack-from-nexus-opponents-1.662626 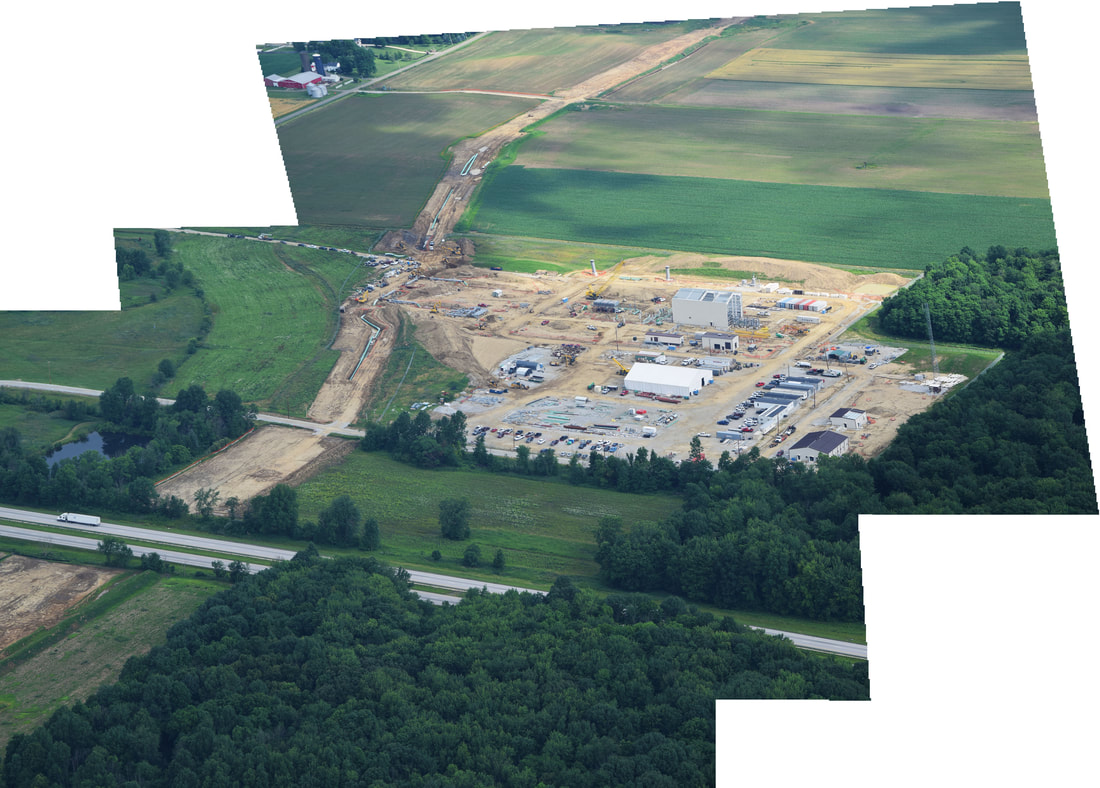